On April 19, 2017 the Secretary of Commerce, acting upon the instructions of President Trump, commenced an investigation under Section 232 of the Trade Expansion Act of 1962 to determine the effects on the national security of the United States of the imports of steel products.

In the G-20 Summit in July 2017 in Hamburg, (held less than three months after the U.S. commenced its investigation of steel imports) the question of steel capacity was elevated to a singularly important place on the delegate agenda. Whether the issue made its way to the agenda on its own or as an attempt to find an alternative to the U.S. investigation then in progress can be debated. Yet at the conclusion of the Hamburg summit the members collectively noted the risks to the worldwide steel industry occasioned by the twin evils of overcapacity and state subsidization, and directed that a committee be formed to investigate the issue and produce a report to the members by November 2017 — a date well in advance of the date fixed by statute for the conclusion of the Commerce Department investigation.

Many of us hoped that the G-20 Committee (known as the Global Forum on Excess Steel Capacity, or GFESC) might act as a counterpoint to the planned unilateral action by the U.S. But any such expectation was short lived when the U.S. announced that its delegate to the forum would not be the U.S. Trade Representative — who would have been the logical participant, especially with his deep and long-term experience in the steel industry — but the USTR’s Chief of Staff, an administrator.

The hopes that the recommendations from the Report might be substantial enough to offset or even quash the 232 investigation were dashed when, following its publication on November 30, 2017, the USTR issued a statement in which he noted that the report “fails to highlight the recurring failure of some countries to implement true market-based reforms in the steel sector” and reiterated that “the United States will not hesitate to use the tools available under legal authorities to firmly respond to the causes and consequences of steel excess capacity.”

In defense of the USTR, the report, which had the potential to change direction of the 232 investigation, ended up being a ponderous, often repetitive document that emphasized the notion that the problem of excess capacity was a worldwide issue that required a multilateral response, and at the same time acknowledged that such an action was largely voluntary and that the Forum had no enforcement authority.

What to Expect and When

Under the terms of the statute, within 90 days after the receipt of the Commerce Department Report, the president must decide to concur or reject the report, and, if he concurs, to determine the nature of the action he will take. He then has 15 days after his determination to act to implement the action. And within 30 days of the decision to adjust, the president must notify Congress of his determination to adjust and the reasons therefor.

Congress has no authority to countermand either the decision of the President to adjust imports or the remedy he determines to carry out the adjustment. Congressional authority to override exists only for petroleum products.

So we now have a timetable. By January 15 the report was to have been issued, and that deadline has been met; by April 15, the President must act on the Report and, if he determines to adjust, he must determine the duration and nature of the adjustments. If on April 15 he determines to adjust imports, the decisions must be implemented by no later than April 30. Congress must be notified by no later than May 15.

As of today, there are approximately 240 antidumping and countervailing duty orders on steel products (rod, wire, pipes and tubes, etc.), from virtually all steel producing countries, and an additional 20 or so orders on  commercial goods made exclusively of steel (hangers, washers, nails, fittings etc.). It is therefore difficult to imagine how the imposition of duties alone could create the desired outcome, and, in an early press conference on the subject, Secretary Ross implied as much.

It is possible that the Commerce Department has concluded that there are no threats to national security. It may also find that the threats, if any, can be addressed by alternative remedies. These would include assistance to injured workers. The President could also conclude that an across-the-board assessment of additional duties will remedy the situation. In our opinion none of those outcomes seems likely.

We believe it is more likely that we are facing one of two alternatives — either an absolute quota on designated steel products deemed vital to the security of the United Sates or a tariff rate quota on such products. In a quota program the rate of duty would not likely change, but none of the covered goods would be allowed into the U.S. above the quota limitations. In a tariff rate quota, ordinary assessments on the designated steel products would be imposed on products up to certain trade levels, and then the rates of duty would substantially increase above those amounts, but they would not be barred from entry.

The fair assessment of things is that an increase in rates of duty only will not stem the volume of imports unless the rates are so high as to render the imports prohibitive. The beneficiary of an increase in rates of duty, without more, is the government, not the domestic industry. The quota on the other hand, manages the volume of the goods and has a more direct impact on the affected industry.

But none of this is without risk.

The United States is a WTO signatory and was a signatory to its predecessor, the GATT. The First Commandment of both trade regimes is “thou shalt not raise rates of duty.” The second is “thou shalt not impose quotas.” But every good agreement has its exceptions, and both agreements allowed for its members to impose limitations if they were necessary to protect a members’ national security. A 232 investigation proceeds under the national security exceptions to both trade arrangements and thus creates an affirmative defense to an allegation of a violation of WTO accords if duties or quotas are imposed. From the very beginning, the form of this investigation, under a WTO exception, was carefully planned.

But with the United States having laid down that marker, what is to prevent the European Union from alleging in the future that farming is inherent to the Union’s national security; or that timber is vital to the national security of Canada; or that aircraft production is inherent to the national security of China?  Thus one of the critical questions that will be raised by this investigation is not just the outcome but the process. And ultimately we may find ourselves asking whether the United States pulled off a strategic coup in invoking section 232 or whether, in so doing, it has now let the genie out of the bottle.

Note: The views expressed in this article are those of the authors, John P. Donohue and Daniel K. Astin, only and do not reflect the views of any other individual, institution or groups of individuals with which the authors may be associated. 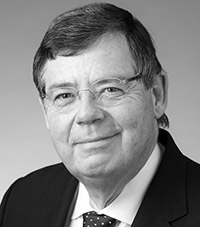