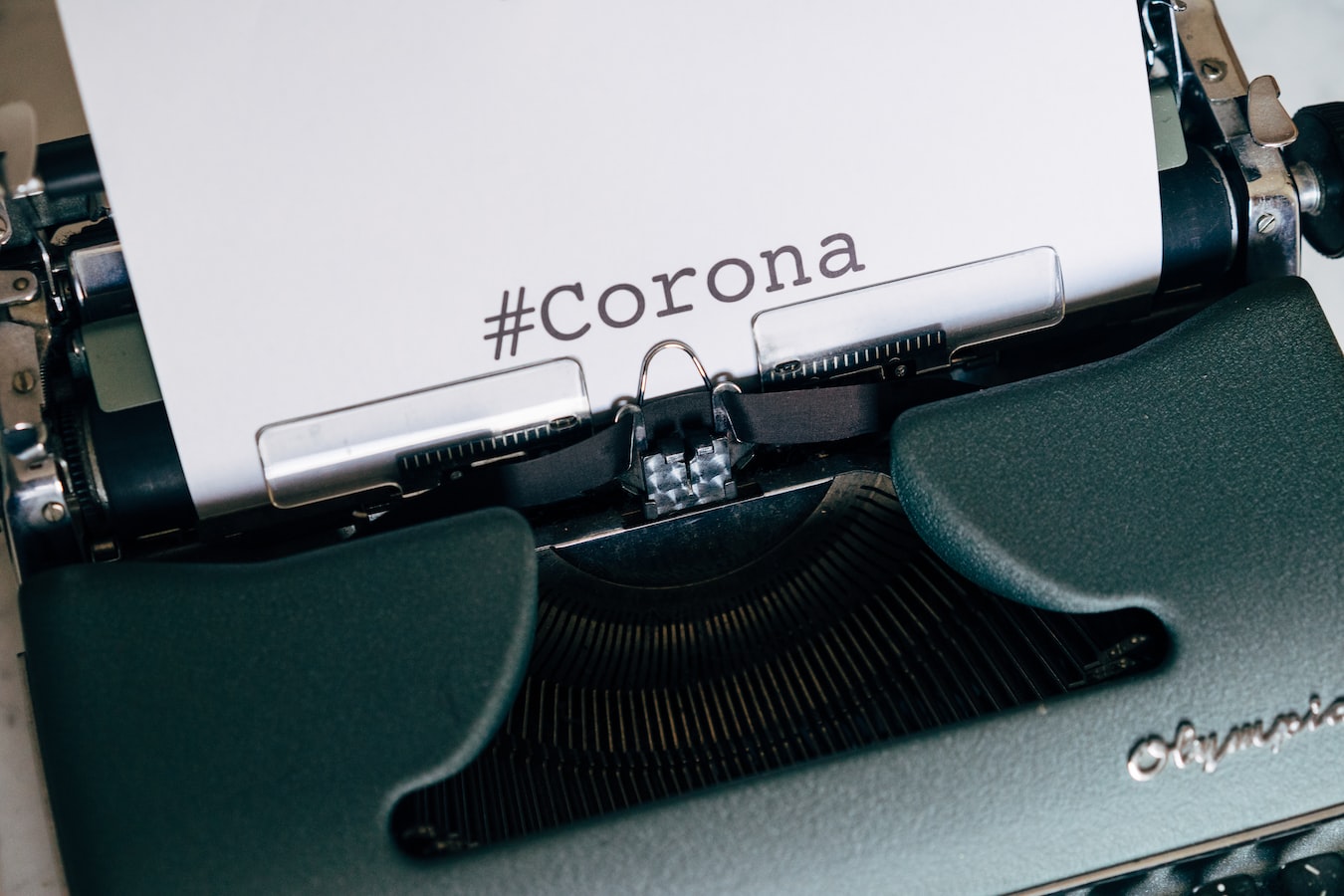 One of the main changes brought by G.E.O. no. 88/2018 was represented by the prerogative of the creditors owning receivables born during the insolvency proceedings and due for more than 60 days to initiate the enforcement procedure against the insolvent debtor, which severely disregards the very principles and protection ensured by the Insolvency Law.

In view of the evolution of the international epidemiological situation caused by the spread of Coronavirus, the World Health Organization  declared a pandemic situation on March 11, 2020.

A series of urgent measures with an exceptional character were taken in the social, economic and justice fields, on one hand, in order to limit the infection with Coronavirus and, on the other hand, to diminish the negative effects on the economy.

The major impact generated both on the global economy and on the national economy, which could be reflected as a negative evolution of the gross domestic product for the current year, as a consequence of the Covid-19 outbreak, imposes measures in order to mitigate these negative repercussions on the economy. In this regard, the member states of the European Union have already begun to promptly respond to the imperative of adopting instruments protecting the business environment .

Thus, continuing the measures imposed during the state of emergency, the Government Emergency Ordinance no. 29/2020 regarding certain economic and fiscal-budgetary measures (”G.E.O. no. 29/2020")  anticipates the inevitable confrontation with an extended payment incapacity or even with a sudden lack of cash-flow with respect to the small and medium-sized companies.

The measures, aimed at mitigating the socio-economic impact of the Coronavirus pandemic, concern the postponement of the credit rates payment for the benefit of the individuals and companies, whose incomes have been directly or indirectly affected, for a period of one to nine months, namely by the end of this year, at the latest.

At the level of the European Union, in order to mitigate the negative effects on the population standard of living and on the economy, the European Commission  has adopted a wide set of economic measures, adapted the European budget provisions and revised the rules on state aid, instating the initiative to initially invest the amount of EUR 37 billion as a response to Coronavirus, in order to provide liquidities to small businesses and to the healthcare sector.

The global nature of the spread of Coronavirus infection, according to Bloomberg  initial forecast, could cost the world economy a price amounting to USD 2.7 trillion, considering factors such as the distribution of the infected cases in a large number of countries, the forecasted risk for global supply chains and the large-scale model of the global economy.

The effects of the economic crisis are already experienced in Romania, in a first phase, by the depreciation of the national currency against euro, an evolution that has been already quantified in the bank loans rates, in the higher utilities bills as well as in the real estate or automotive field.

The Frames  analysts conclude in a recent study that growing problems in the supply chains, especially in China, the world's leading exporter, significant fluctuations in resource rates, such as oil, gas, copper, represent elements likely to generate the prospects for an economic crises, accentuated by the significant drop in the worldwide consumption level, the main economic engine.

Beyond the fact that the epidemic has already led many factories in China to shut down, the spread of Coronavirus in Europe, in countries such as Italy, Spain or France, one of Romania's main trading partners, is likely to generate significant blockage in the economic chain and over 70% of companies do not have a strategy for such situations.

The lack of management plans to respond to crisis situations, the weak or non-existent digitization of the operational processes of the production allowing the remote control as well as the lack of financial reserves for such situations represent situations that are likely to lead to late payments and inevitably, to payment incapacity.

The main amendments provided by Law no. 113/2020, softening and partially diluting the aggressive amendments regulated by G.E.O. no. 88/2020, are as follows:

(i) the introduction of payment agreement notion, which is now legally defined as the agreement concluded between the debtor and the creditor regarding the payment of debts in one or more installments due on a different date than the ones scheduled by contract or set under the law;

(iv) the additional condition for the debtor who intends to request the opening of the insolvency procedure to have fiscal receivables lower that 50 percent of the total amount of the historical debts has been removed; in other words, the debtor registering fiscal receivables exceeding 50 percent of the total pool debt can request the commencement of its own insolvency procedure;

(v) the fiscal receivables challenged before the court and without being suspended for enforcement will be provisionally registered within the table of creditors until the challenge is settled by the court through final decision; before, the same receivables used to be registered within the table of creditors under subsequent condition;

(vi) the judicial administrator cannot appoint specialists, such as accounting experts, valuation expert or lawyers, who are considered to be in conflict of interests, in the insolvency procedure of the debtor; in this case, the rules of recusal and abstention shall apply;

(vii) the prerogative for the creditors owning receivables born during the insolvency proceedings and due for more than 60 days to initiate the enforcement procedure against the insolvent debtor has been removed; however, in case the 60-days due receivable is higher than RON 50,000, the creditor may still request the commencement of the bankruptcy procedure;

(viii) the funds obtained after the liquidation of the assets under criminal seizure will be distributed according to the insolvency legal provisions; following such distribution, including the fees and procedural expenses, the resulted difference will be at the disposal of the criminal investigation bodies;

(ix) the reorganization procedure having as measure the continuance of the current activity or the liquidation of assets based on the reorganization plan will be closed by the judicial administrator report, ascertaining that all the obligations included within the plan have been fulfilled and the outstanding debts have been paid; for the amounts that have been subject to haircut during the insolvency, the debtor is required to pay taxes on the accumulated revenues, if any;

Given the above-mentioned amendments provided by Law no. 113/2020, we have outlined below our thoughts regarding their impact from a practical perspective.

In our view, the measure provided by Law no. 113/2020 with the most important pragmatical impact is the removal of the prerogative previously regulated by G.E.O. no. 88/2018 of the creditors owning receivables born during the insolvency proceedings and due for more than 60 days to initiate the enforcement procedure against the insolvent debtor.

Without insisting on the fact that the enforcement procedures performed within the insolvency procedures ignored the very principles of the Insolvency Law, from a practical perspective, such enforcements created the premises of the objective impossibility for the debtor to carry on its business and to pay its essential suppliers, jeopardizing the financial recovery of the debtor.

The continuance of the enforcement procedure against insolvent debtor would have annulled all other measures provided for the small and medium-sized companies, which have partially or totally ceased its activity and which have obtained the emergency situation certificate issued by the Ministry of Economy in order to benefit of payment postponement for utilities services, namely electricity, natural gas, water, telephone and internet services, as well as of the rent of the building destined for corporate headquarters and secondary offices.

Another measure provided by Law no. 113/2020 which should have as an immediate consequence the delay of the wave of insolvencies predicted by the inevitable payment incapacity which the small and medium-sized companies will face is the raise of the minimum threshold for opening the insolvency procedure for both debtors and creditors. Notwithstanding, from a practical perspective the raise is insignificant, and it will not most likely attain its purpose.

Following the cessation of the state of alert, there will most probably be registered an increase of the number of insolvencies, both at the request of creditors and of the debtors, but the time frame for the settlement of these requests will be significantly extended as a result of the rising workload of the courts.

Such delay of payment incapacity could have the desired effect of safeguarding the business and avoiding insolvency only to the extent that all the other leverages, namely the postponement of payment of the utility bills, of the taxes for three months or of the credit rates up to nine months would constitute sufficient instruments in the face of all the other negative factors affecting the income and leading to payment incapacity.

By interpreting the presumption that insolvency means that state of the patrimony characterized by the insufficiency of the funds for the payment of certain debt, liquid and due, the doctrine  found that "the cessation of payments must have a general character and constitute the external indicator […] of the company inability to execute the certain, due, liquid and assumed obligations”.

In other words, the doctrine  also considers that this supposed state of the cessation of payments must be a general one, effective and of permanent character, manifested by external signs which show that the debtor is unable to carry on the operation of its business and that the patrimony cannot face the debts.

In an economy where over 90% of companies are small and medium-sized companies, with low financial power and rather limited economic know-how, the existence of a risk strategy is rare.

A factor that could prove important and may aim to ensure flexibility in the approach of the state receivables is the possibility now granted by the law to the budgetary creditors to assign their receivables at market price to interested private entities. This could also lead to increasing the fluidity of the decision-making process in the insolvency proceedings where the state holds a significant receivable being well-known that the budgetary creditors are reluctant to support reorganization plans or business solutions that are not offering the prospects of a recovery in full of their receivables which in most of the cases it is rather unrealistic.

Thus, as a matter of principle, the new amendments could be seen as beneficial. Notwithstanding, considering the above detailed context, the measures brought by Law no. 113/2020 can constitute a real financial buffer only if a drastic control of the costs is put in place, which must be correlated with the volume of activity and the performance indicators, cumulated with the avoidance of the expenses unrelated to the essence of business and the release of the capital blocked in non-core business assets in order to face the challenges generated by the accumulation of current debts.